Ward Prime is a Location in Remnant: From the Ashes Subject 2923 DLC. Please see Walkthrough for other areas. A military facility used during the "Dreamers" project

In the 1960s, the US military discovered a large, alien stone etched with symbols along with a wall containing strange runes written in another language. A bright young scientist named Dr. Urik Harsgaard lead a team of researchers who were tasked with translating these mysterious runes. Deciphering the writing told them the stone was called a World Stone and could enable them to travel to other worlds. It also showed them how to create “Dreamers”—humans bonded with powerful entities in these other worlds.

The military set up a facility that would become known as Ward Prime. They began experiments involving the World Stone itself and eventually the human subjects called “Dreamers”. Due to his familiarity with the runes, Dr. Harsgaard took up the role of lead researcher on the Dreamer Project at Ward Prime. Utilizing what he had learned from the strange writing, he found “codes” that could be used to connect the dreamers to other worlds.

Although the initial Dreamer experiments started out very promising, they ended in tragedy, with the loss of life of both the dreamers and researchers involved. However, Dr. Harsgaard was not deterred. Ignoring the advice of his peers and safety protocols, he continued to push his teams at Ward Prime and the remote Wards to move forward with their research. After months of around the clock experiments, they were finally able to make a stable connection to another world using a dreamer. 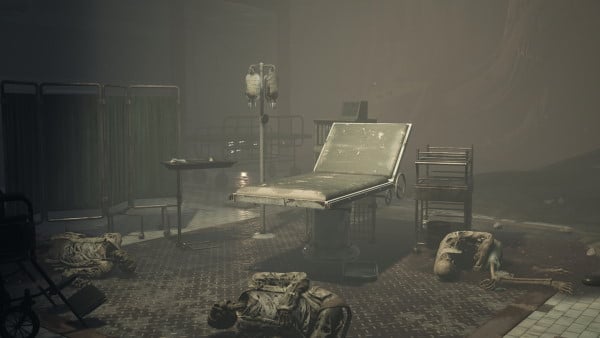 Once you enter Ward Prime head down and activate the checkpoint. There are no hostile enemies in the Ward unless you activate one of the rifts, so feel free to explore the area. While in the rift, you'll encounter two types of enemies. The ranged enemies can be killed while the melee enemies will only become staggered but will recover after a short time. In order to unlock the blast doors you'll need to complete the following steps:

Once you complete the Reisum map you'll be teleported back to Ward Prime. Tell Clementine that you are ready and activate the breach behind you. Go inside the portal and the boss fight against Harsgaard will begin. Once you defeat him you'll have to defeat him again as Harsgaard, Root Harbinger.

Once you defeat him, you'll see a short cinematic, the credits will play and you'll be teleported back to Ward 13.