Locations | Remnant From The Ashes Wiki

Locations of Remnant: From the Ashes covers the different realms that a player can explore.  These realms are categorized into four distinct areas: enemies, bosses, NPCs, and events.  When a player initially enters a realm, the location is dynamically generated, and the layout will always be different.  Enemy/boss encounters, items, and NPC location will change upon re-rolling a campaign or joining another player's game in cooperative play.  You can find detailed information on the various realms, dungeons, and more on individual pages linked below.

Locations in Remnant: From the Ashes

Ward 13 serves as a base of operations and the home of several NPC's and vendors.  It is one of the wards built by pre-apocalypse humanity as a facility to house and study the World Stones.  In Ward 13, you will meet other survivors who will provide various information about the lore as well as offer their services where players can restock supplies, purchase gear, and craft new equipment.

Once a safe haven for humans, Earth is now filled with debris-ridden streets and gutted buildings set against a backdrop of broken skyscrapers.  Players can venture into the city, subway, and canopy to face The Root.

The Labyrinth is a boundless dimension that exists as a physical connection between other realms. This area consists of islands interconnected by both floating and grounded stairs and walkways. 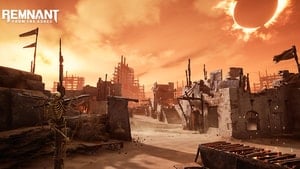 Rhom is an irradiated desert wasteland realm.  Players can explore a buried city which houses the remaining members of the heretical Akari, a canyon containing villages, and a citadel of the Undying King.  In this realm, players can encounter the once proud and powerful inhabitants of Rhom known as the Buri Tribesmen.

Corsus, a realm that has existed from the beginning of time has not been corrupted by The Root. Throughout the years, heat and magma melted multiple areas of ice, creating a swamp and jungle-like atmosphere where various flora and fauna grew.  In this world, players will encounter a race that has grown and adapted to the swamps of Corsus known as the Iskal.

The realm of Yaesha is filled with green, vibrant, wild, and lethal lifeforms, treetop villages, and ancient structures.  Players can explore the jungle, village, and ziggurat areas where they will encounter agile, faun-like beings known as the The Pan. 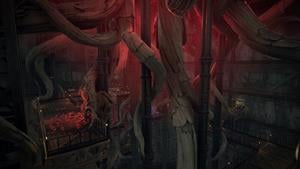 In the 1960s, the US military discovered a large, alien stone etched with symbols along with a wall containing strange runes written in another language. The military set up a facility that would become known as Ward Prime. They began experiments involving the World Stone itself and eventually the human subjects called “Dreamers” 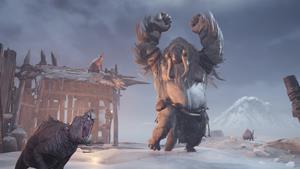 The world of Reisum is deceptive in its nature. From the frost covered mountain peaks to the snowy tundra, it is a thing of beauty. The ice and snow sparkle as they reflect the rays of light from the world’s distant sun. However, the bitterly cold temperatures and almost unrelenting winter makes life on the surface of Reisum nearly unbearable. Prolonged exposure to the surface temperatures has been known to take the life of even the most unwavering and resolute warriors.

Shrine of The Immortals

Loom of the Black Sun