Butchers Flail - Remnant From The Ashes

Butchers Flail is a Melee Weapon and is one of the Weapons in Remnant: From the Ashes. Butchers Flail is a Craftable Item. Weapons are used to deal damage to Enemies and Bosses. Each weapon has different attack values and is, therefore, more or less effective which can be upgraded to increase its stats.

Were the vyxworm allowed to evolve to its full potential, one wonders whether it would challange the Root or join it.

Where to find Butchers Flail

How to use Butchers Flail 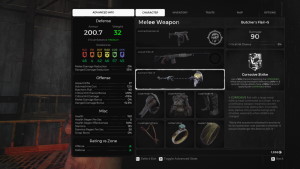 You can see Crafting for a complete table on upgrade requirements.